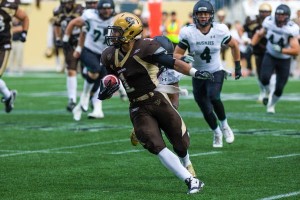 WINNIPEG — It wasn’t how the Manitoba Bisons football team would have liked their Saturday night game to end, but with the clock dwindling down, it was lights out.

“We were down and they had the momentum but we did not fold our tents and got the lead and came within one second,” head coach Brian Dobie told his players following the game. “We have a good thing and I want this team to know, all good teams in the past lost before they won. All I have to say, I have not seen this fight since the 2007 Vanier Cup squad and finally, Bison football is back. You guys fought and without that, you can not win and I know this team can win.”

And win they can — just not this week. 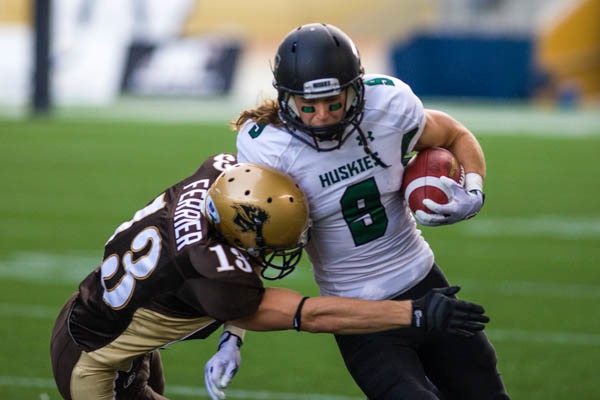 After an August 30 home opener win against Alberta (65-41), the Bisons worked on their defence in preparing for Saskatchewan, but it wasn’t enough.

Some confusion ended the tilt when the Bisons started on the 35 and threw an 18-yard pass to third-year running back Anthony Coombs to eat up seven seconds on the clock. On the next play, slotback Andrew Smith ran offside and three more seconds ran off. Quarterback Jordan Yantz then found Smith on the final play to Saskatchewan’s 35-yard line but the Huskies kept Smith upright to run out the clock in what the Bisons felt should have been an extra second.