Largest Snowfall in 15 Years Puts City in the Red 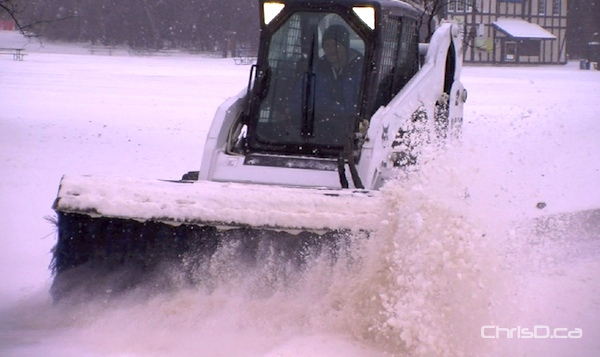 The walking paths at Assiniboine Park are cleared of snow on Saturday, November 10, 2012. (CHRISD.CA FILE)

Increased snowfall and the street clearing that comes with it is contributing to an $11.2 million deficit facing the City of Winnipeg.

The deficit, expected to be eliminated by year-end, is outlined in a report published Monday detailing the over budget expenditures.

The report says numerous, heavy snow accumulations in the winter drove snow clearing expenditures over budget by $10.5 million. The main reason for the deficit is being blamed on the city receiving the largest dumping of snow in 15 years.

Winnipeg police are also in the red, primarily due to higher-than-expected contributions to the police pension plan, and lower-than-anticipated revenue for traditional traffic enforcement.

The deficits will be managed through expenditure control and won’t impact core city services, the city said.