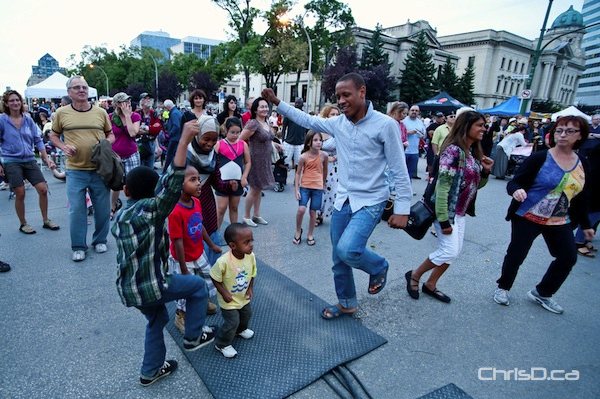 People dance on Broadway during ManyFest on Saturday, September 7, 2013. The event attracted an estimated 50,000 to downtown between September 6-8. (TED GRANT / CHRISD.CA) 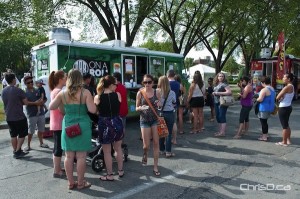 An annual culmination of the city’s most popular downtown festivals rolled into one brought out an estimated 50,000 people downtown last weekend.

ManyFest, put on by the Downtown Winnipeg BIZ from September 6-8, was the largest street festival to date. Celebrating community, arts, entertainment, and healthy living, ManyFest took over Broadway and a portion of Memorial Boulevard for three days of outdoor fun.

“There’s no doubt in my mind that downtown was the place to be this past weekend,” said Stefano Grande, executive director of the Downtown BIZ. “Thousands of Winnipeggers helped create an exciting energy and vibe in the heart of our city. Now that people have seen how amazing their downtown is, I encourage Winnipeggers to check out downtown all year-round.”

If you’re wondering who won the inaugural Food Truck Wars, the winners were: