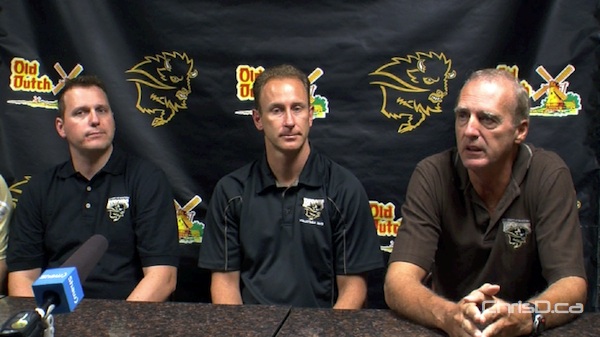 The U of M Bisons will have a new coach at the helm to lead the men’s volleyball squad this season.

Longtime coach Garth Pischke is embarking on a six-month sabbatical at the end of September, taking him away from the Herd until next year.

To fill his large shoes, the Bisons have brought in Cam Johnson as interim head coach. Johnson is entering his 14th year as a teacher and coach of the varsity boys volleyball team at Collège Jeanne-Sauvé.

The 35-year-old was also an assistant coach for Team Manitoba’s men’s volleyball team that won gold at the 2003 Western Canada Summer Games, and head coach for the same team when they won gold in 2007.

“I’m thankful for the opportunity and have known Garth since I was in high school, so we have a good relationship,” Johnson said. “It’s down to getting in the gym and learning what the culture of Bison volleyball is there from a coaching perspective.”