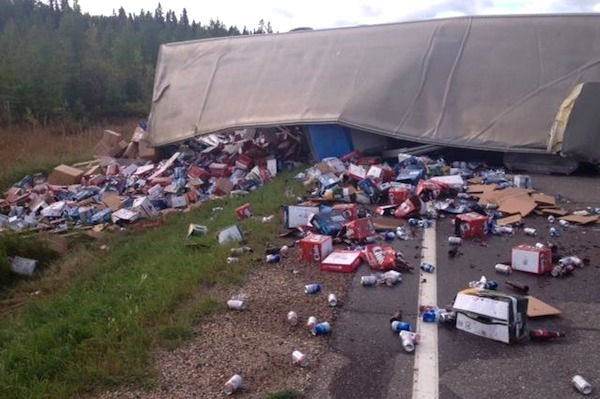 A semi hauling beer crashed and spilled its load on Highway 10 near Cranberry Portage on Wednesday, September 11, 2013. (RCMP HANDOUT)

The single-vehicle crash happened at around 9:15 a.m. near Cranberry Portage.

RCMP say the driver was taken to hospital in Flin Flon and has since been released.

Highway 10 is closed at the accident scene to allow for the beer to be cleaned up. No detours are in effect, so motorists should expect delays.