Home » News » CEOs to Camp, Fundraise Under the Stars in Sleepout

CEOs to Camp, Fundraise Under the Stars in Sleepout 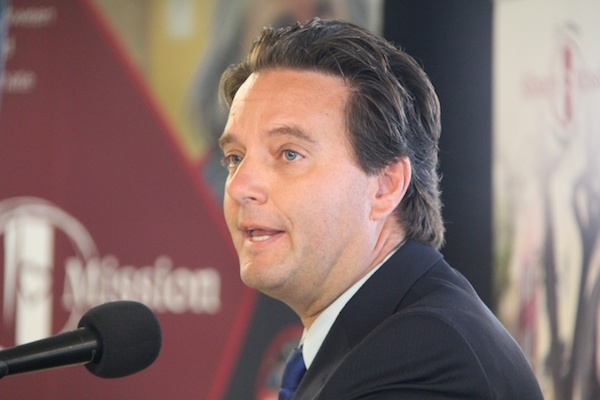 The Downtown Winnipeg BIZ has unveiled the list of participants in this year’s CEO Sleepout.

The annual fundraiser will include 100 Winnipeg CEOs/celebrities who will spend one evening outside on September 26. The event also aims to raise awareness of homelessness and poverty issues in the city.

“The night is not only about fundraising, it’s about education,” said Stefano Grande, executive director of the Downtown BIZ. “Winnipeg CEOs and community leaders need to tackle homelessness together. Government and not-profits on the front lines can’t solve this issue alone. The private sector has a stake and responsibility to push this issue forward.”

Fifty people participated last year, raising more than $100,000 for Change for the Better, a program that helps people who are homeless to get off the street. This time around, 100 people will take part in the third annual Sleepout.

The participants were revealed during a media event at Siloam Mission. Some of the participants on hand will then help to prepare lunch at the homeless shelter, as well as give away bottled water and granola bars.

To see a full list of CEOs involved, visit ChangeForTheBetter.org.