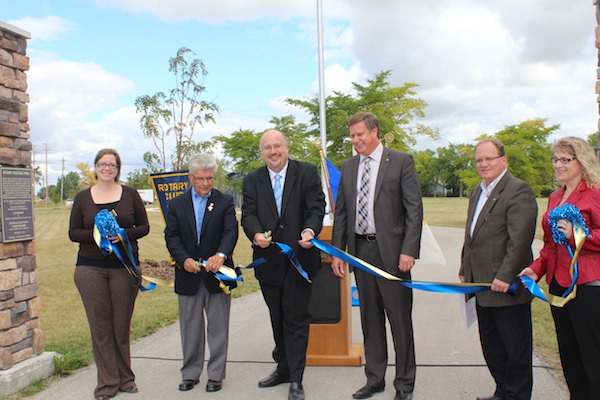 The second phase to revitalize Rotary Heritage Park in Transcona is now complete.

Dignitaries came together on Thursday during a ceremony to raise the Rotary flag and mark the project’s completion.

Phases one and two of the park’s revitalization included drainage of the lands, construction of entranceway features, a community garden, a new play structure, a parking area adjacent to the Transcona Trail, the planting of trees and re-seeding of grass.