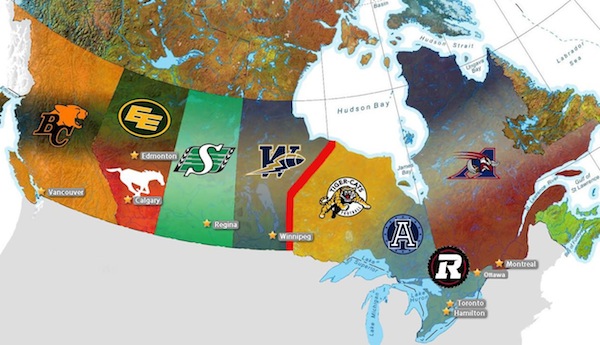 The Winnipeg Blue Bombers will play in the West Division beginning next season. (FACEBOOK)

The Winnipeg Blue Bombers will play in the CFL’s West Division next season, after the league’s board of governors approved the move.

CFL Commissioner Mark Cohon says the move is for the purposes of standings and playoffs, and sits well for the Bombers, as much of their history has taken place in the West.

“It also helps pave the way for expansion in 2014, as the Ottawa Redblacks join our league as our ninth team, and play as part of the East Division,” Cohon said.

Since 1930, the Bombers have spent 61 years in the West, 21 years in the East, and one year in the CFL’s northern division, during the league’s expansion to the United States.

“We are proud of our history in the CFL, but especially proud of our ten Grey Cup victories, eight of which came as we represented the West,” said Bombers acting CEO Wade Miller