Lotto 6/49 to Have a Guaranteed Prize Draw 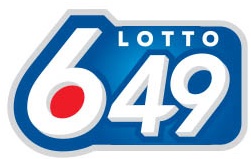 Changes are coming to Lotto 64/9 this weekend, with the addition of a new guaranteed prize draw.

Beginning on Sunday, every set of Lotto 64/9 numbers entered in the jackpot draw will have a special number automatically entered for a separate $1 million prize.

“Unlike the main jackpot draw, which randomly draws from the range of possible numbers, the guarantee prize draw will be made from entered numbers only — so a winner is guaranteed every time,” said Andrea Marantz, spokesperson for Western Canada Lottery Corporation. “That means two $1 million dollar prizes will be won every single week — 104 new millionaires each year from the guarantee prize alone alone.”

Other changes include jackpots starting at $5 million and a new free play prize category for matching two of six numbers — increasing a player’s chance to win from one in 32 to one in six.

The first draw in the new 31-year-old lottery will be on Wednesday, September 18.