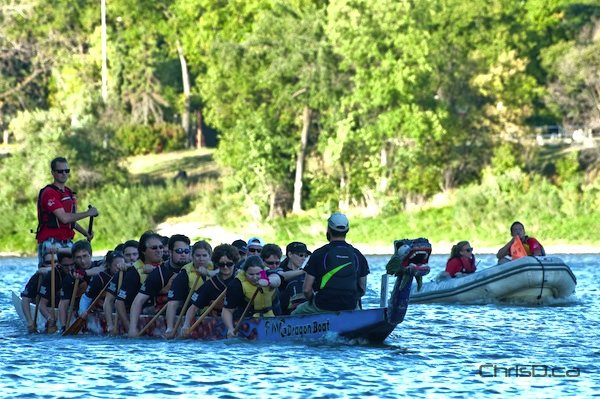 A team paddles down the Assiniboine River on Friday, September 13, 2013 during the FMG Manitoba Dragon Boat Festival. (TED GRANT / CHRISD.CA)

More than 90 teams are registered this year to race down the river in the 2013 FMG Manitoba Dragon Boat Festival.

The races began on Friday and run through Sunday in support of the CancerCare Manitoba Foundation and the Children’s Hospital Foundation of Manitoba. Funds raised stay in the province to support research, care and support for Manitoba children living with cancer.

A coronation toss is planned for Sunday at 2:30 p.m. at The Forks’ waterfront to commemorate loved ones who lost their battle with cancer.