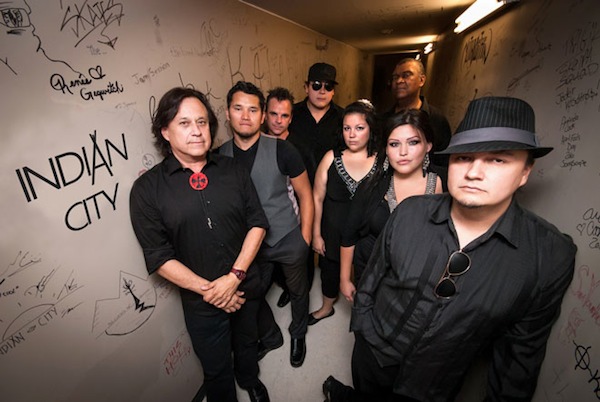 Indian City is performing in Old Market Square on September 20 as part of the Aboriginal Music Presenters Summit. (HANDOUT)

Some of Canada’s most experienced music presenters will be in Winnipeg on September 20 for an event focused on increasing opportunities for First Nations, Inuit, and Métis musicians from Manitoba.

Manitoba Music is hosting the Aboriginal Music Presenters Summit — a day full of panel discussions and mentor sessions, as well as two showcases of local talent at The Cube in Old Market Square.

The two concerts will be open to the public with performances by the award-winning rock supergroup Indian City , singer-songwriter Leonard Sumner, country chanteuse Desiree Dorion, and rock outfit The Mosquitoz.