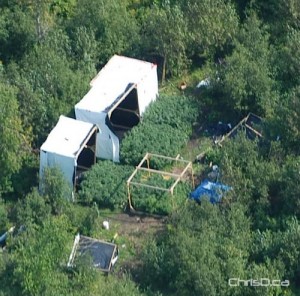 Police agencies across Manitoba are using a new law to combat illegal traps setup to protect areas of criminal activity.

As of September 15, the Fortified Buildings Act creates a new offence for anyone who sets a trap on a property or allows a trap to remain there. Traps targeted by this legislation are intended to cause serious injury or death and are triggered by the presence or movement of a person. They are often used to protect illegal operations like marijuana grow-ops.

“We know that illegal traps and building fortifications are used to protect illegal activity and they are a serious risk to the public as well as police and emergency responders entering a building or property,” said Justice Minister Andrew Swan. “Manitoba’s Public Safety Investigations Unit and police agencies will now be able to better identify, isolate and remove these traps, reducing the risk to themselves and any other Manitobans who could be injured by these illegal devices.”

The new regulations also define other types of fortifications which are prohibited under the act such as razor or barbed wire, certain door and window barriers, and dangerous obstacles. Owners found to have such obstructions would be forced to remove them at their own expense.