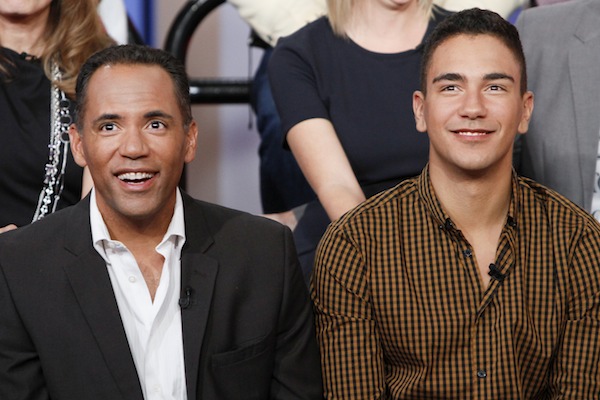 A father and son duo from Winnipeg are the first winners of “The Amazing Race Canada.”

Tim Sr., 48, suffers from Parkinson’s disease, but overcame extreme adversity in the 21-day, cross-Canada challenge, which pitted the Hagues against some very stiff competition, including fit “BodyBreak” couple Hal Johnson and Joanne McLeod.

A registered nurse and manager at St. Boniface Hospital, Tim Sr. was diagnosed with the disease in 2011.

“Winnipeggers can all be proud of the determination and spirit that got the two Tims to the Amazing Race finals,” Winnipeg Mayor Sam Katz said on Monday afternoon. “As competitors, they have shown us all the meaning of tenacity and good sportsmanship.” 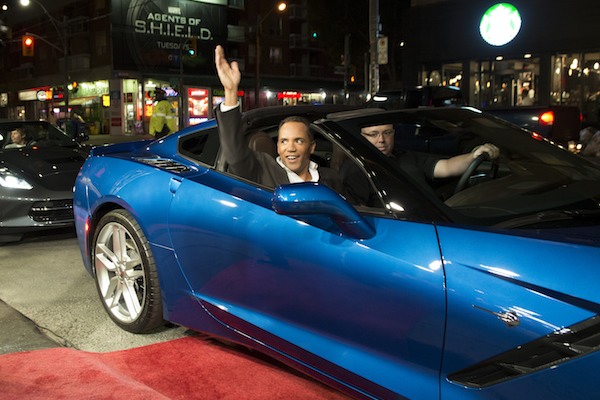 Tim Hague Sr. rides off in a new Chevrolet Corvette Stingray after winning “The Amazing Race Canada” with his son on Monday. (CTV)

The show also had another Manitoba connection in host Jon Montgomery. The Russell-born Canadian skeleton racer and Olympian was the face of the competition during its two-month run.

“The Amazing Race Canada” was CTV’s most-watched program of the summer, bringing in an average weekly audience of 3.33 million viewers for the network.

Auditions for the second season will begin later this fall with the premiere set for next summer.