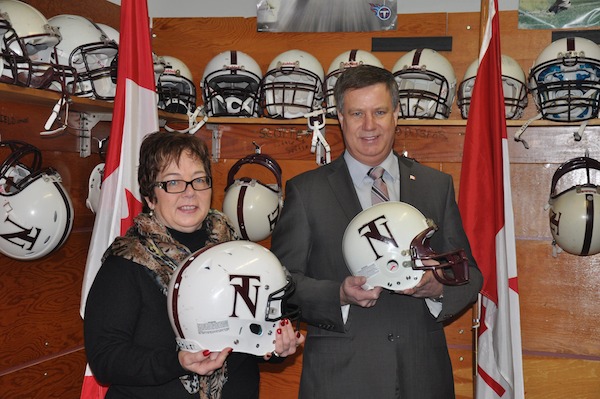 New field lighting to guide the way for players of the Transcona Nationals Football Club is now in place.

The city and province announced the addition on Friday, just ahead of the first-ever night game played by the team on the field.

The $220,000 project received $100,000 from the federal government, with the remaining of the cost shared by the municipal and provincial governments.

The new football field lighting includes concrete piles, six light posts, electrical and engineering. The lighting will allow for enhanced opportunity for not only the Transcona Nationals Football Club, and for minor and midget league teams across the city to access the field for night games and practices past dusk.

The club is the fifth community football field in Winnipeg to be equipped with night lighting.