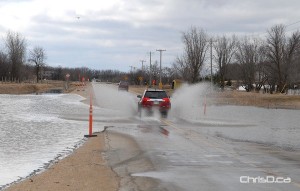 The federal government has put forward $200 million in helping Manitoba to recover from the devastation caused by the 2011 flood.

“The 2011 floods were unprecedented on so many fronts. It was the most disastrous flood this province has ever witnessed. Our government has been there for the citizens of Manitoba, and always will be,” Glover said.

The funding is coming from Ottawa’s Disaster Financial Assistance Arrangements (DFAA) program, which has already committed $100 million to the province in flood payouts from two years ago.