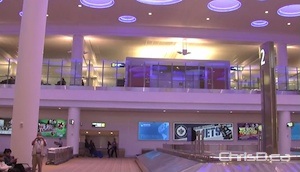 Winnipeg’s airport is the seventh-cheapest terminal to catch a flight, according to the website Cheapflights.

Data from the third annual Canadian Airport Affordability Index shows the average flight out of James Richardson International Airport is $509.

The index ranked the 20 most popular Canadian and U.S. border airports based on the average airfares found to top destinations by Cheapflights users in the month of August.

Bellingham International in the state of Washington retains the top spot at $316 per flight, while Kelowna, Moncton and Victoria all jumped into the top five.

Winnipeg moved up on the list after being ranked 11th last year. The most expensive airport to catch a flight? St. John’s, Newfoundland at $632.

The complete rankings can be seen at Cheapflights.ca.