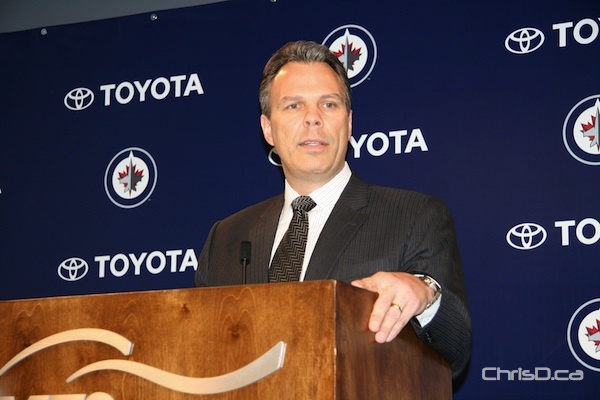 The Winnipeg Jets have extended the contract of general manager Kevin Cheveldayoff.

Cheveldayoff is entering his third season as GM, coming off a 24-21-3 team record last season with a 0.531 winning percentage. Terms of the extension are not known, but Chevdeldayoff was in his third year of a five-year deal at the time.

Cheveldayoff spent two seasons with the Chicago Blackhawks before coming to Winnipeg in 2011, serving in the role of assistant GM and senior director of hockey operations. He was also a former player with the WHL’s Brandon Wheat Kings, appearing in 214 games and collecting 81 points (12g, 69a) as well as 759 penalty minutes.