Home » News » Marchers ‘Take Back The Night’ with Rally

Marchers ‘Take Back The Night’ with Rally 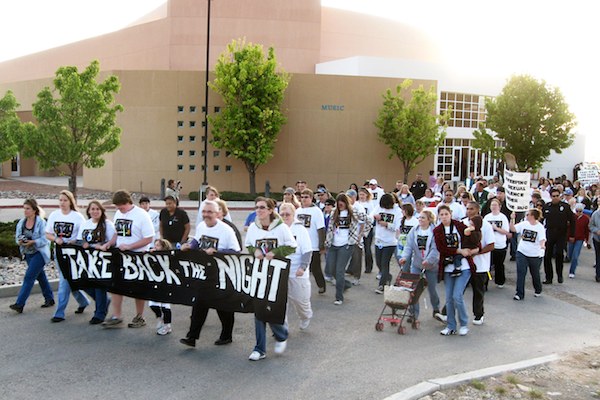 People march during a Take Back The Night event to reclaim the streets from violence and sexual assault against women. (WIKIPEDIA)

A march to take back the streets from violence and sexual assault will protest ongoing violence against women tonight.

Take Back The Night Winnipeg organizers will walk in their 35th annual march beginning at 6:30 p.m.

The march will begin at the University of Manitoba’s William Norrie Centre downtown at 470 Selkirk Avenue.

“We have conflicted feelings about this year,” said Jann Ticknor from Women’s Health Clinic, the community organizing committee member for Take Back the Night Winnipeg.

“On one hand we are celebrating 35 years of activism, but on another we are upset we are still marching in 2013 for essentially the same issues. Clearly, there is still much more work to be done locally and we see evidence of this everyday in media stories of violence, and community responses to this violence.”

All ages and genders are welcome to attend.