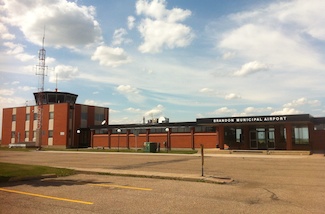 A business jet en route to the United States from Winnipeg had to make an emergency landing in Brandon Thursday night.

The pilot of the aircraft reported smoke in the cockpit and notified officials at Brandon Municipal Airport around 11:30 p.m.

Traffic was stopped along Highway 10 until the plane was on the ground, according to Brandon police.

Four people on the aircraft made it off safely. The jet is grounded until a cause of the smoke can be determined and it’s deemed safe to depart.