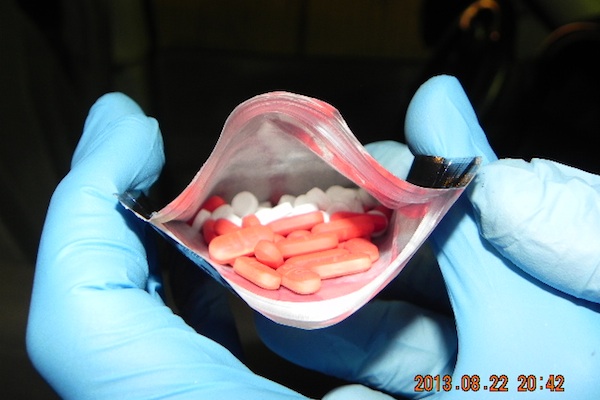 Four people have been charged, including an employee of Stony Mountain Institution, after RCMP seized drugs from the prison. (RCMP HANDOUT) 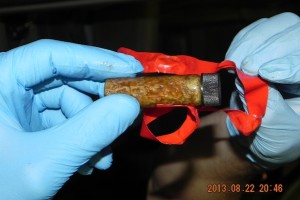 Cannabis oil was part of contraband seized by RCMP that made its way into Stony Mountain Institution. (RCMP HANDOUT)

An employee of Stony Mountain Institution is one of four people facing charges in a scheme to funnel contraband into the prison.

RCMP say a casual employee of the prison was part of a plan to supply inmates with morphine tablets, ephedrine pills and cannabis oil.

The police investigation led them to charge four people, including two inmates.

Christopher Sposito, 29, of Selkirk, and Ashleigh Sullivan, 24, of Winnipeg are facing numerous drug-related charges. The pair was arrested in Selkirk on August 22.

Sposito worked at the prison, and police say Sullivan had a relationship with an inmate inside. They will appear in court on October 17.

Stephan Konowalchuk, 30, and Joel Bruneau, 23, each face two counts of conspiracy to traffic a controlled substance. The inmates were scheduled to appear in Winnipeg court today.

Besides the illegal drugs, RCMP also seized cash as part of their investigation.