Home » News » Teams Pull Together for the United Way

Teams Pull Together for the United Way 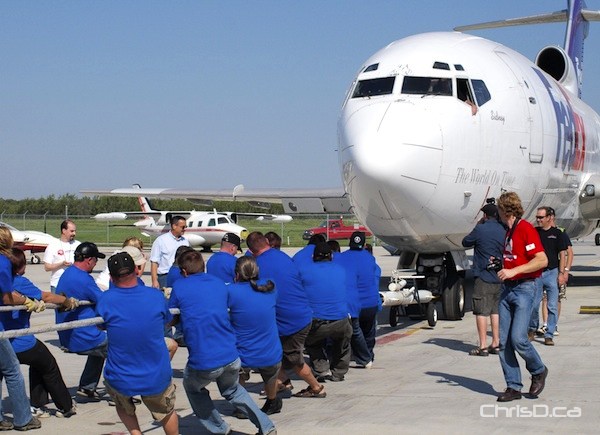 Fifty-six teams from across Winnipeg worked their hardest on Friday in an attempt to pull a nine-ton Boeing 727 and a DC9 across 20 feet of tarmac in the least amount of time.

The 10th annual United Way Plane Pull kicked off the organization’s 2013 fundraising campaign, where a lofty goal of $20 million was revealed by campaign chair Steve Chipman.

Teams of 20 — made up of mostly employees representing their workplaces — then pulled together beginning at Red River College’s Stevenson Campus. Besides competing for prizes, bragging rights were also on the line.

Red River College’s team pulled the aircraft the fastest to win the competition.