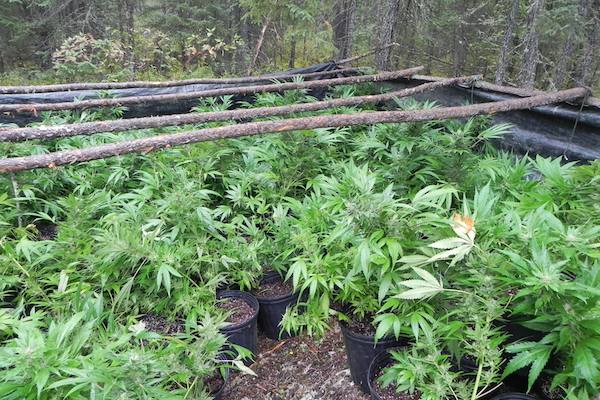 RCMP took down a marijuana grow-op last Thursday that was discovered to be on Crown land.

The seizure of 247 plants occurred near the community of Cormorant, a settlement located approximately 80 kilometres northeast of The Pas.

Theodore “Ted” Ducharme, 48, from the RM of La Broquerie was arrested at the scene and faces drug-related charges. He was released and will appear in The Pas court on December 2.

The investigation also sent RCMP to execute search warrants in Cormorant and the RM of La Broquerie near Steinbach. A 46-year-old woman was arrested at a residence in Cormorant and faces a drug possession charge. She will appear in court on the same day.

Police also seized three firearms from homes in Cormorant and the RM of La Broquerie.