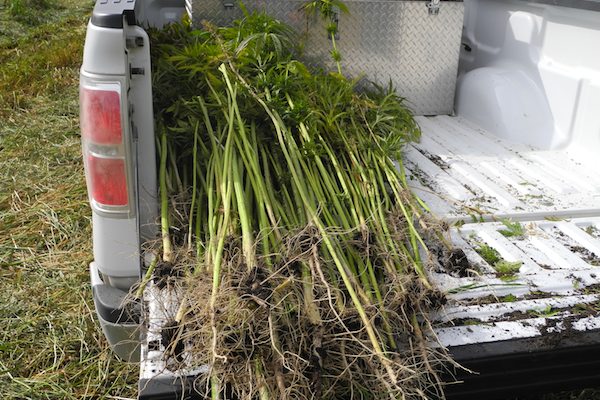 RCMP seized a quantity of marijuana plants growing in a farmer’s field in the RM of Shellmouth-Boulton on Saturday, September 21, 2013. (RCMP HANDOUT)

A Manitoba farmer discovered a not-so-familiar crop growing in his field over the weekend.

The farmer called RCMP on Saturday to report unknown plants covering an area of about 20 acres in the RM of Shellmouth-Boulton. Police say the plants, which turned out to be marijuana, were located north of Riding Mountain National Park.

No charges have been laid and police continue to investigate.