Arrest Made in Winnipeg’s Latest Homicide 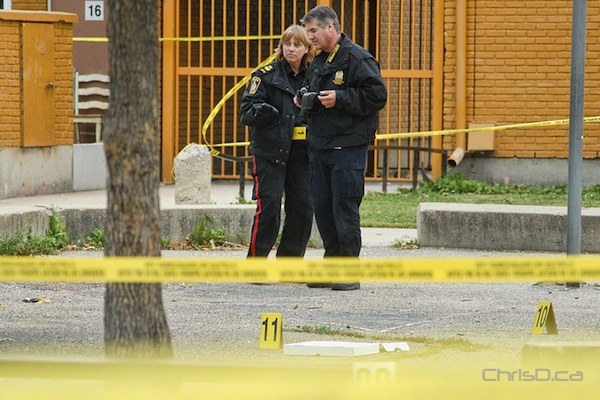 Investigators work at the scene where a man was stabbed and later died in the 100 block of Robinson Street on Friday, September 20, 2013. (STAN MILOSEVIC / CHRISD.CA FILE)

Winnipeg police have charged a man in connection to stabbing death of Phillepp Rick George Amos on Friday.

The 25-year-old died after being attacked at a housing complex in the 100 block of Robinson Street shortly before 4 a.m.

Damian Fontaine, 26, of no fixed address, has been charged with second-degree murder and assault with a weapon.

The incident also sent a 38-year-old man to hospital in stable condition.

Fontaine has been detained in custody since his arrest on Sunday.