Home » News » Opposition Over First New Provincial Mine in 25 Years

Opposition Over First New Provincial Mine in 25 Years 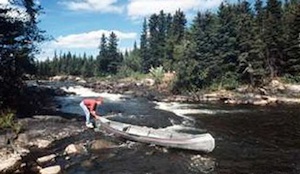 An environmental licence issued to Hudbay’s Reed Mine copper project on Tuesday has the Wilderness Committee speaking out.

The mine is located in Grass River Provincial Park in northwest Manitoba. Even though the area is designated as a provincial park, 99% of the 227,900-hectare park is not protected from development.

The group says the Hudbay’s Reed Mine authorization by the Manitoba government is a step back in time for water protection, wildlife preservation and parks. The licence is the first new provincial park mine in 25 years.

“Manitoba is shirking their responsibility to protect water and wildlife in the north,” said Reder. “The proof is in the numbers — 99% of a park is open for industrial destruction.”