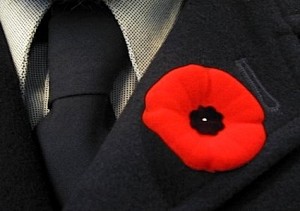 Controversy over whether members of the Royal Canadian Legion could distribute poppies inside Target stores has been rectified after some confusion.

Target Canada has clarified its original policy about only allowing the annual poppy campaign to take place outside its stores, and not inside. After a discussion with the Royal Canadian Legion, the retailer says it had always welcomed members to sell poppies inside its stores, despite media reports suggesting otherwise.

“We respect and honour the sacrifice of our veterans, which is why for some time now Target has been in discussions with the Royal Canadian Legion about how best to accommodate their members during the annual poppy drive,” said Target Canada spokesperson Derek Jenkins.

The poppy-selling campaign usually runs from late September up until Remembrance Day on November 11 in exchange for a donation.

“For the Legion, the opportunity to be present at Target stores during the Remembrance period will ensure many Canadians are afforded the chance to wear a poppy and honour the sacrifices of those who gave so much,” said Gordon Moore, dominion president of the Royal Canadian Legion.