Home » Photos » CEOs Camp Out for a Cause in Annual Sleepout

CEOs Camp Out for a Cause in Annual Sleepout 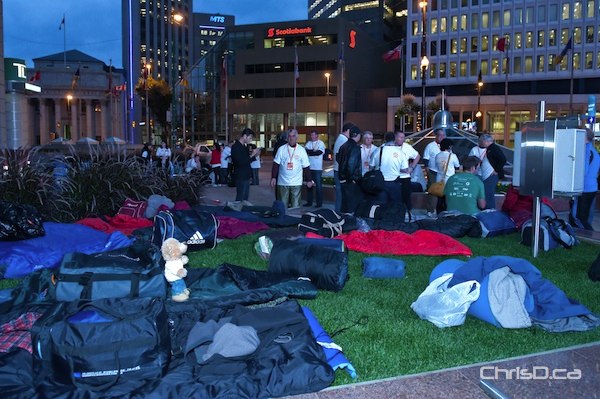 CEOs and community leaders camp out at Portage and Main on Thursday, September 26, 2013 in the annual CEO Sleepout fundraiser. About 100 people took part for a night under the stars to raise funds to support employment programs for the city’s least advantaged. An original goal of $150,000 was quickly surpassed earlier this month, with a total of $191,644 being raised. The event was organized by the Downtown Winnipeg BIZ. (TED GRANT / CHRISD.CA)