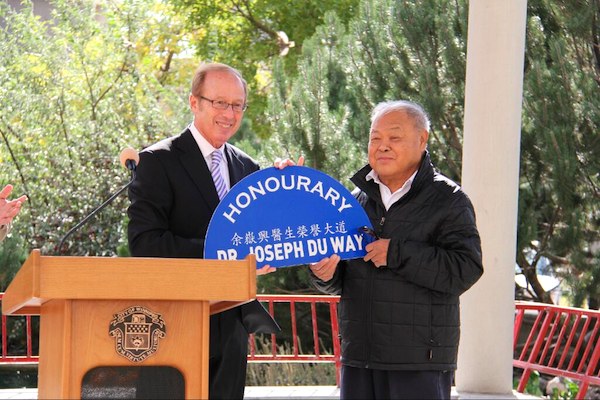 The city has renamed a stretch of James Avenue after a dedicated volunteer in the local Chinese community.

Dr. Joseph Du Way was announced as an honourary renaming between King Street and Princess Street on Tuesday.

“Dr. Du has championed worthwhile causes since he arrived in Canada in 1962,” said Mayor Sam Katz. “He has served on boards of numerous community organizations and has made an outstanding contribution to our city and to Winnipeg’s Chinese community.”

Du, 80, is president of the Winnipeg Chinese Cultural and Community Centre.

As the renaming is only honourary, mailing addresses on the designated portion of James Avenue will not change.