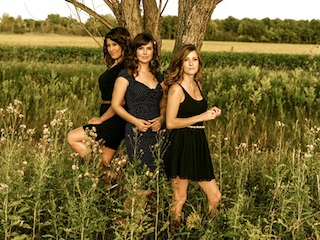 An album release for Sweet Alibi is in the works for November 20 at the West End Cultural Centre.

The Winnipeg trio, who also happen to be 2012 Canadian Folk Music Award nominees, will perform alongside The Bros. Landreth in support of their new album, We’ve Go To.

“We knew we needed to find a producer who can not only capture the ongoing evolution of the Sweet Alibi sound from folk finesse to progressing pop presence, but enhance it effortlessly,” the band said in choosing Rusty Matyas of Imaginary Cities to produce the album. “Matyas was the obvious and right choice for their new release. The result is 10 tracks that don’t hide from heavy issues and collective life experiences.”

Tickets for the show are $20 at the door or $15 in advance at the WECC, Ticketmaster, Winnipeg Folk Festival Music Store and Music Trader.