Home » Columns » REVIEW: Fitzroy a Perfect Fit for Your Appetite

REVIEW: Fitzroy a Perfect Fit for Your Appetite 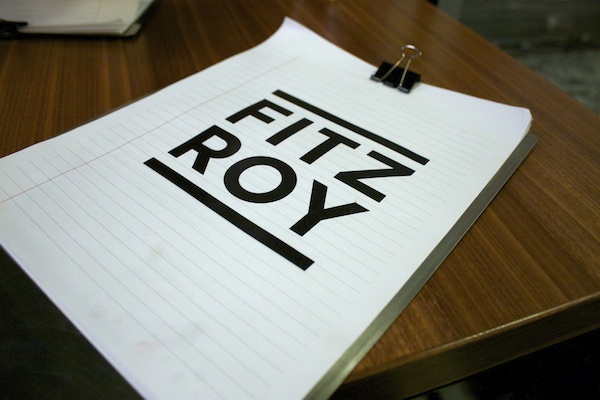 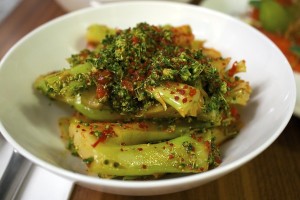 To summarize the Fitzroy restaurant at 102 Sherbrook Street, I would say it takes simplicity and refines it.

The outside and inside of the restaurant itself is simple and modern in its design. Matte wooden chairs sit in front of wood topped tables. A log ring printed wallpaper lines the bottom portion on the walls, giving the place a somewhat rustic feel. The menus were also simple and come clipboard style on loose leaf printed paper all held nicely together with a paperclip.

Fitzroy’s menu is full of simple sounding comfort foods and dinner mainstays such as a warm pretzel with hot butter, cheeseburger with melted onions between buns, and slow lamb on sweet herb and peas. But the restaurant takes these dishes and puts its own spin on them. Everything I ordered came beautifully presented with thoughtfully chosen ingredients.

The restaurant has an excellent drink selection, with three options available each for whiskey, rye, bourbon, scotch, gin, vodka, tequila, and rum. There are also quite a few options for beer and wine. I opted for the Spanish staple beer, Estrella. The light, but flavourful lager went well with the french fries, and cured trout I ordered. It also helped to douse some of the fire created in my mouth from the spicy broccoli. 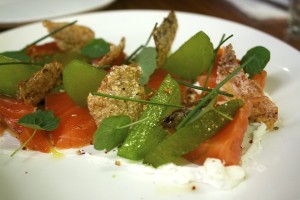 The portions at the Fitzroy are generally smaller in size and I was advised to order a couple for a complete meal, especially when sharing.

For an appetizer I ordered stems of broccoli in spicy condiment. The broccoli stems were a nice, medium size and were topped with the broccoli buds from the flowering heads and mixed in with chilies and an oil and vinegar type dressing. This was very spicy and if you enjoy spicy foods then this is for you. The smoky flavour of the chilies went nicely with the vinaigrette dressing as well.

I wanted to try Fitzroy’s takes on French fries so I ordered the chunky chips covered in ketchup and mayo. The homemade fries were served as very large, chunky wedges and generously drizzled with ketchup and mayo and sprinkled with chopped chives. The chips themselves were fairly crispy on the outside, and soft on the inside and very tasty. The chives also added a nice extra kick of flavour.

My favourite of the evening was the cured trout on apples, rocket, and yogurt. The cured trout was served sashimi-style and melted in your mouth. It had a taste similar of salmon sashimi. The apples came sliced and delicately candied which was an excellent touch. Pieces of dried fish were also placed in the mixture. The texture was almost that of a thin, flaky rice cracker, but with a salty, fishy taste. Freshly chopped, sliced chives and rocket were placed on top and added different flavour dimensions. I’m not sure if I’ve tried the herb rocket before, but I really enjoyed it complex taste. I believe the Fitzroy even grows its on microgreens in-house. It tasted somewhat spicy, without actually being spicy. All of this was served over a bed of Greek yogurt. I had to remind myself it was yogurt because it almost felt like I was eating goat cheese when the yogurt was combined with the fish and onions. It may seem like an odd combination for some, but if you love seafood like me then you would probably love this refreshing combination seafood dish. 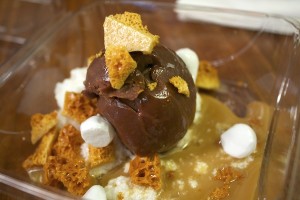 I also ordered one of the Fitzroy’s dessert specials — milk chocolate and marshmallows with toffee. The milk chocolate came in the form of a ball with pieces of sponge toffee and marshmallows. This dessert was simple, but very good. The chocolate ball was warm, creamy, and soft. It had a very rich chocolate taste. I loved the chocolate chip shape that the very soft, little marshmallows formed and am also a big fan of sponge toffee with its crispy texture. A toffee-tasting sauce lined the bottom of the dessert and added a lighter creaminess to the dish. The different textures of this dessert is what really makes it special. If you have a big sweet tooth, this one has your name on it.

If you are looking for a modern place to bring your friends or date for a drink and would also like to try some new takes on some old favourites, the Fitzroy has you covered.