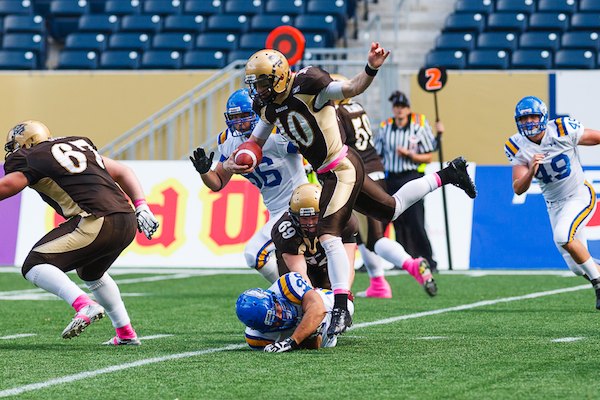 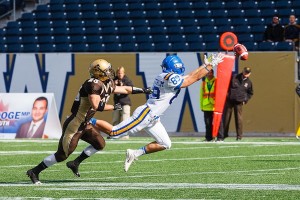 WINNIPEG — The University of Manitoba Bisons lost their hard-fought comeback on Saturday, dropping 28-24 in the final seconds of play to the UBC Thunderbirds.

After sitting at 18-3 by halftime and eventually getting themselves to mere points away from a victory, the Bisons were dealt a blow by Thunderbirds linebacker Riley Jones. Bisons QB Jordan Yantz threw, what appeared to be a pending interception, to runningback Anthony Coombs, only to have the ball slapped away at the hands of Jones as the clock wound down.

“I lost a moment of my concentration and he made a great play on the ball in the end zone,” Coombs said.

The Bisons drop to 3-3 — tied with UBC — as they search for a playoff spot in the post-season.

“I am very disappointed on how we came out,” head coach Brian Dobie said. “UBC played well and deserve credit as they outplayed us today… we need to move on and have two regular season games left to get this thing done.”

The Herd has a bye week ahead of them before travelling to Saskatchewan and Alberta for the last two games of the season on October 18 and 26, respectively.