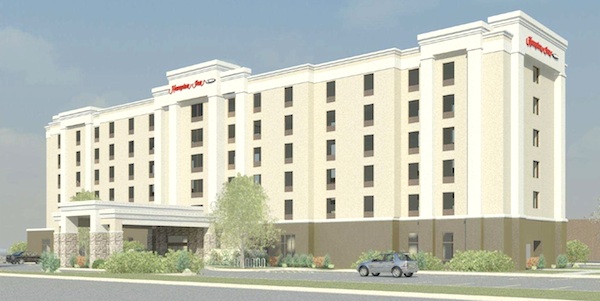 Mere minutes away from the James Richardson International Airport, the six-storey, 135-room hotel is located at 730 Berry Street south of Wellington Avenue.

Kothari Developments Inc. was behind the project, adding the property to Hampton Hotels’ 1,900 other destinations worldwide.

“We couldn’t be happier with the reception we’ve received in Winnipeg to date, and it’s a fundamental reason we’re planning to invest so heavily in this city and region over the next few years,” said Anupam Kothari, president of Kothari Developments Inc.

“The area’s supportive business community, diversified economy, and prolonged period of stable growth, all backed by a business-friendly government that welcomes investments like ours, gives us every confidence we’ll witness multiple successes as we unveil each successive project.”

The hotel is the most recent to pop up around the new airport, with a $20 million Courtyard by Marriott also planned to open by the spring. The Grand Winnipeg Airport Hotel by Lakeview opened in late September.