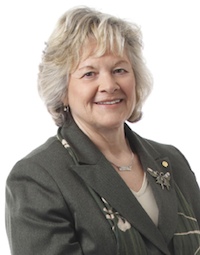 The president and CEO of Manitoba Public Insurance has decided to retire early next year.

Marilyn McLaren will step away from the Crown corporation after nearly 35 years on February 21, 2014.

“I’ve been privileged to lead such an amazing organization, providing comprehensive auto insurance coverage at affordable rates, with high standards of service and fairness,” McLaren said. “I look forward to working with the board and the management team during the transition period.”

McLaren has held the top position at MPI for the past nine years. The board of directors will conduct the process to choose McLaren’s successor.