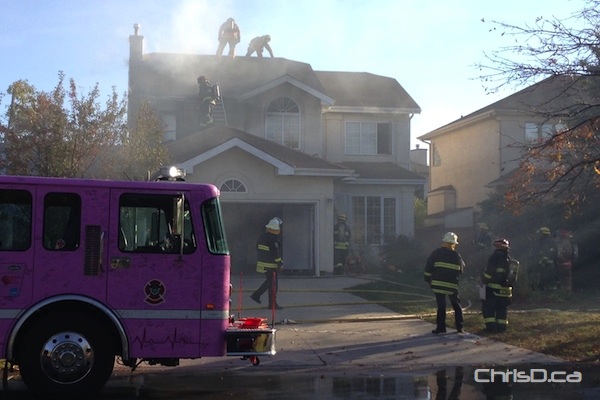 Firefighters work to extinguish a blaze at 86 Hawstead Road on Monday, October 7, 2013. (CHRISD.CA) 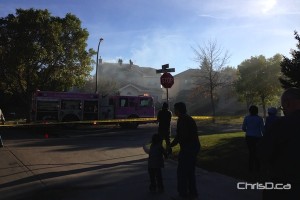 Neighbours watch as smoke billows from a home in Richmond West on Monday afternoon. (CHRISD.CA)

Damage is estimated at $150,000 in a Richmond West fire late Monday afternoon.

The blaze at 86 Hawstead Road began just before 5 p.m. in two-storey house, which quickly spread to a neighbouring property.

Firefighters had the blaze contained by around 5:30 p.m. and had surrounding streets blocked off for several hours.

No injuries were reported. A cause remains under investigation.