Campaign Effort to Save Santa’s Sleigh 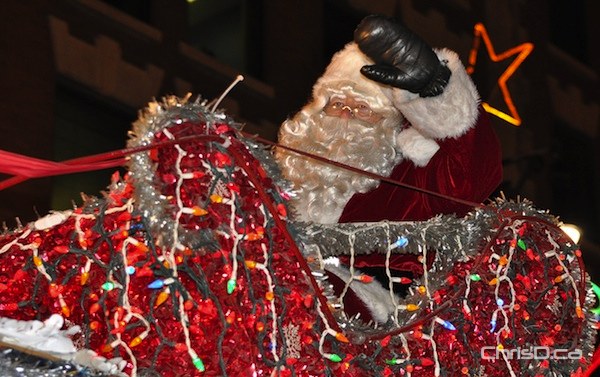 Santa waves to the crowd from his sleigh during the Winnipeg Santa Claus Parade down Portage Avenue. (MAURICE BRUNEAU / CHRISD.CA FILE)

The trademark float in Winnipeg’s Santa Claus Parade is in jeopardy after needing extensive repairs.

JCI Winnipeg has launched an online campaign called Save Our Santa Float through the Aviva Community Fund.

“The float that Santa rides on — the Santa Claus Float — has been used contiguously for the past 50 years and is a piece of Winnipeg history,” said Marissa Zurba of JCI Winnipeg. “Not surprisingly, a float with this storied in history requires constant maintenance, and that maintenance is significant and costly.”

Based on votes from the public, JCI could receive up to $150,000 towards the float’s costs. The organization, previously known as the Winnipeg Jaycees, has maintained the 40-foot-long float since 1975. It has become a staple in the annual parade down Portage Avenue, greeted by thousands of Winnipeggers every year.

By the weekend, the campaign had almost 600 votes in the qualifying round, which runs until October 14.

This year’s Santa Claus Parade is Saturday, November 16 at 5 p.m.

Vote to save the float.