Home » News » Sunwing Airlines to Open Seasonal Base in City

Sunwing Airlines to Open Seasonal Base in City 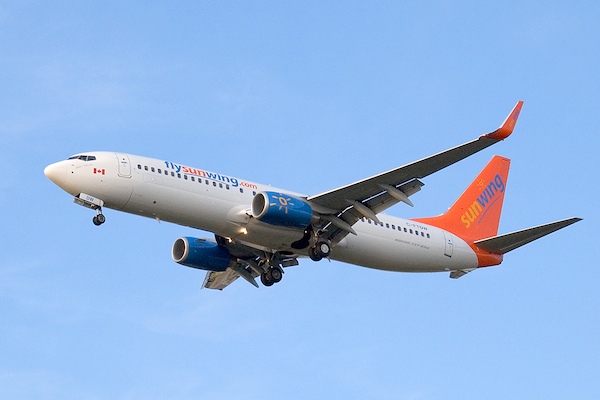 Sunwing Airlines is opening a seasonal base in Winnipeg, resulting in the creation of 60 new jobs. (WIKIPEDIA)

Sunwing Airlines is opening a seasonal base in Winnipeg to expand their flight operations to sunny destinations.

The new base will create 60 jobs to help with the airline’s growth as they cater to Winnipeg travellers venturing to destinations like Cuba, Dominican Republic, Jamaica and Mexico. Sunwing will also begin servicing Grand Bahama with a weekly flight from the city beginning January 18, 2014.

“When airlines do well in our market it’s a win-win situation,” said Barry Rempel, president and CEO of Winnipeg Airports Authority. “We are pleased to work with quality carriers in enhancing local employment and providing increased non-stop destinations for our region. Sunwing’s flight to Grand Bahama is a great addition to our line-up of winter getaway destinations.”