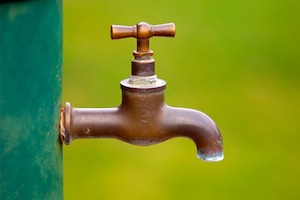 The Winnipeg Regional Health Authority has lifted the precautionary boil water advisory for the southeast part of the city. Residents and businesses within the area no longer need to take special precautions with tap water, according to a news release from the City of Winnipeg.

A retesting of water samples collected from the southeast have also come back negative for bacteria.

The Office of the Mayor tweeted the results on Wednesday, less than 24 hours from when the public was first notified of bacteria in the water supply.

The advisory sent St. Vital residents, business owners and schools scrambling to access clean drinking water on Wednesday morning, when many first found out about the advisory. Local businesses, such as Smitty’s and McDonald’s, stopped serving beverages, while many others shut their doors completely until further notice.

The city says a number of factors can cause a water sample to have a false positive test result for bacteria, including contaminated water tap at the sampling location, or accidental contamination of the sample container, water during sampling and at the laboratory during analysis.

The affected areas under the advisory included south of Bishop Grandin Boulevard to the Perimeter Highway, and east of the Red River to the Seine River.