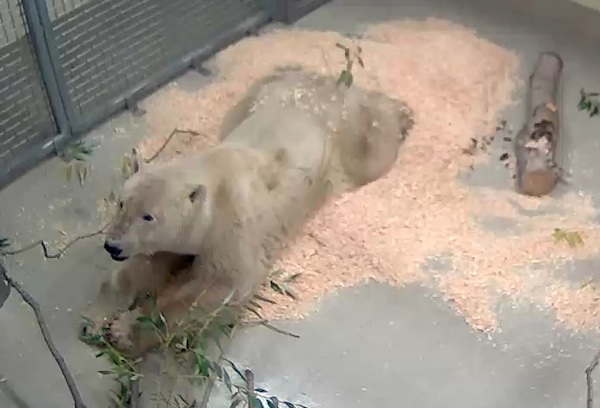 A polar bear that attacked a man in Churchill in September has been moved to Assiniboine Park Zoo in Winnipeg. (ASSINIBOINE PARK CONSERVANCY)

Move over, Hudson. The Assiniboine Park Zoo has a new resident polar bear.

A three-year-old male bear from Churchill, Manitoba has arrived to Winnipeg’s International Polar Bear Conservation Centre (IPBCC) at the zoo.

“The bear is doing well after making the trip from Churchill and is now comfortable in the IPBCC,” said Dr. Chris Enright, head of veterinary services. “We’ll now begin a slow process of transitioning him to life here at the Assiniboine Park Zoo.”

Enright, along with zoo director Dr. Brian Joseph and general curator Gary Lunsford, travelled to Churchill earlier this week to accompany the bear back to Winnipeg.

While he has yet to make a public appearance in the city, many already know all about the bear. He was involved in an incident in Churchill in early September when he attacked a man. Garrett Kolsun luckily escaped after scaring the bear with the light from his cell phone.

The bear will join Hudson as the second polar bear to make his temporary home in the facility until Journey to Churchill opens this summer; however, the two will live in separate enclosures. A process to name the bear after a 30-day quarantine period is also being planned, along with a public unveil at a later date.