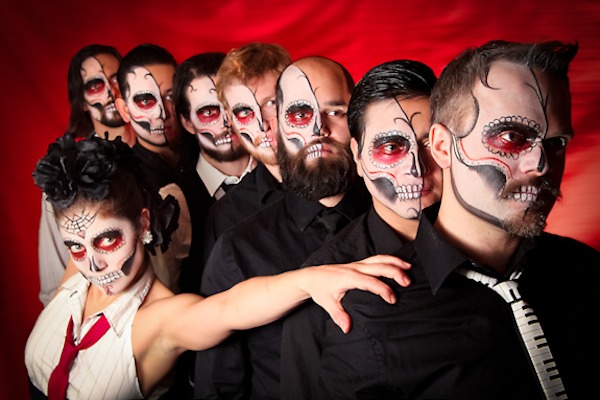 The West End Cultural Centre will have a Mexican feel on November 2 when The Mariachi Ghost Dancers perform.

The group — known for their tales of old Mexico, poetry, and experimental dance — will play as part of their self-titled album release party with The Flaming Trolleys.

The album progressively narrates the story of “The Mariachi Ghost,” a justice-seeking, machete-wielding rider who seeks vengeance and punishment of those who oppress and are unjust. Each song is a chapter in his story. The band’s unique sound is crafted by dissecting traditional Mexican music and rebuilding it as progressive rock.