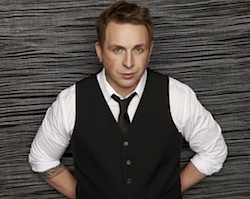 Country music fans in Winnipeg will get a second chance to see Johnny Reid in concert.

Due to overwhelming demand, the three-time JUNO Award winner has added a second show to his A Christmas Gift to You tour on Tuesday, December 3 at the Centennial Concert Hall.

Reid will play the venue the previous night as part of the already sold-out show.