Bisons Focused on Getting Back on Track to Face Huskies 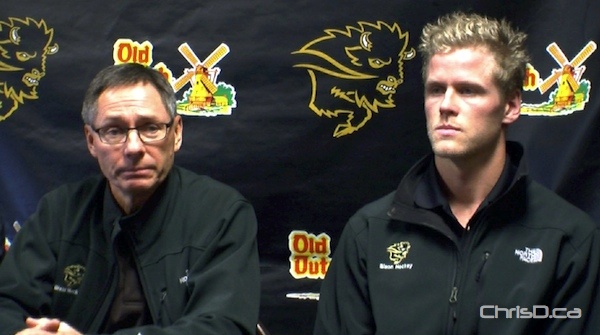 After an embarrassing start to the 2013 Canada West season, the Manitoba Bison men’s hockey team will attempt to turn things around this weekend.

The Bisons (0-2) were demolished by the Alberta Golden Bears in two consecutive shutouts in front of a home crowd at Wayne Fleming Arena. Following the 5-0 and 4-0 losses last Friday and Saturday, respectively, the Bisons travelled to Grand Forks, ND on Sunday to play UND in an exhibition matchup, but came back after being handed a 3-0 loss.

The Herd welcomes the Saskatchewan Huskies (1-1) for a pair of games tonight and Saturday.

“We do have the character and we’ll get better,” head coach Mike Sirant said earlier this week. “It’s a process here… it’s early in the season. So we know the level we need to get to and we’ll get there. Saskatchewan is a very good team, but we’re confident that we can get things back on track Friday.”

Puck drop is 7 p.m. tonight and 6 p.m. on Saturday at Wayne Fleming Arena on the U of M’s Fort Garry campus. Tickets are available at the door.