Home » Photos » Tick, Tock Goes ‘The Clock’ at the WAG

Tick, Tock Goes ‘The Clock’ at the WAG 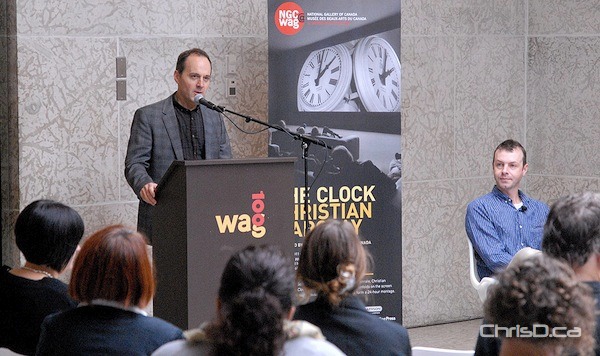 Winnipeg Art Gallery director and CEO Stephen Borys speaks during the opening of The Clock on Friday, October 11, 2013. The Christian Marclay exhibit screens thousands of film excerpts to form a 24-hour montage. The award-winning exhibit has travelled the world and is in the city as part of the WAG’s three-year partnership with the National Gallery of Canada. (STAN MILOSEVIC / CHRISD.CA)