Jets Drop Third Straight to Seguin and the Stars 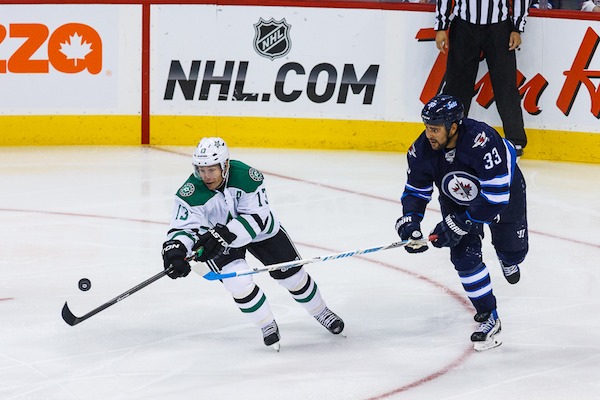 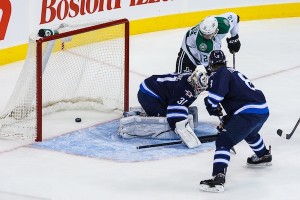 WINNIPEG — Dallas Stars forward Tyler Seguin put together a career game Friday night, as the Stars dominated the Winnipeg Jets, dropping the home club to 2-3-0 on the season with a 4-1 defeat at MTS Centre.

The re-tooled team from Texas jumped out to a 3-0 lead after 20 minutes, as the Stars’ new star centre was in on all four of his team’s goals.

“Great start. I feel like we were excited to play,” said Seguin, who potted a pair and assisted on his club’s other two. “Getting the opportunity to play my own position, which is going to have growing pains and I have a lot of improvement to make, coming to a new team. With this atmosphere here with the guys, it’s a pretty young team. We’ve got a great core of veteran leadership going on and everyone is excited to see what we can do.”

Winnipeg, meanwhile, struggled to create many quality scoring chances and continued to play undisciplined through the majority of the game. Then they decided to turn things on in the third.

“I though the second half of the game, I thought we dug deep and we battled hard,” said Jets forward Blake Wheeler who scored his first goal of the season on a rebound from a Dustin Byfuglien point-shot on the power play. “It’s never a great situation when you’re down 4-0. Especially at home. So having said that I really think that we dug down deep and we played well and we played hard and we won some battles. We found some things to build on going to the next game.”

The Jets squandered three power plays with penalties of their own, including two by defenceman Tobias Enstrom.

“The mistakes we made were correctable mistakes, that we should’ve been smarter. And we should’ve been better in those areas,” said Winnipeg head coach Claude Noel. “I think that the last half of the game, I understand that (they were) up 3-0 or 4-0 at some point, but to me we played with a lot more energy tonight.”

“I thought there was a lot more things that we could build upon in this game and move forward on the game. I don’t think anybody cared for the result or how it went. I don’t think we underestimated the opponent. We knew exactly what the opponent brought to the table.”

A third-consecutive loss sends the Jets into a mini-tailspin after starting the season with victories over Edmonton and Los Angeles. Losses to Anaheim, then division opponents Minnesota and Dallas have them without a win since October 4.

Winnipeg continues its six-game home stand on Sunday when they host the New Jersey Devils.