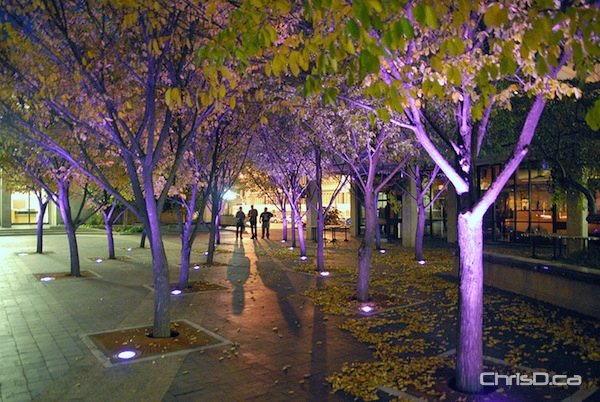 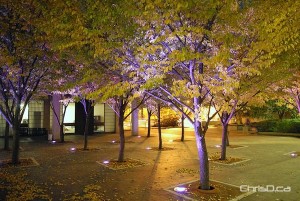 “Light Up the World Purple” was an event conceived and promoted by the Amanda Todd Legacy Society to bring attention to mental health issues and bullying, and in memory of those who have lost their battle with mental illness.

“Mental illness is still something that people don’t want to talk about, but it is my hope that we can move towards greater understanding through open discussion and awareness events like this,” said Mayor Sam Katz.

Thursday also marked the one-year anniversary of the death of Amanda Todd. The B.C. teenager took her own life after a struggle with depression, brought on by extensive bullying and cyberbullying at school and online. Earlier in the day, the province also proclaimed its anti-bullying legislation (Bill 18) as law.

Other landmarks across the world were also lit up in purple, including the CN Tower, LAX Airport, Vancouver’s BC Place, and the Crown Tower in Melbourne, Australia.