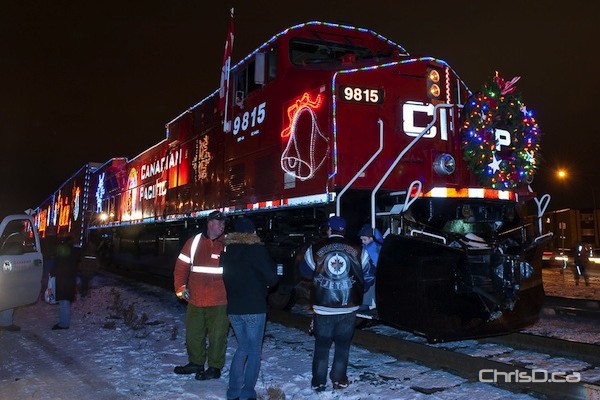 The Canadian Pacific Holiday Train is gearing up for its annual cross-country tour in the coming weeks.

The program will launch November 25 in Kahnawake, Quebec, formally kicking off the three-week journey of two brightly-decorated trains across Canada and the United States.

Winnipeggers will get to see the train on Monday, December 2 when it makes a stop at Molson Street between Panet Road and Munroe Avenue at 9:15 p.m.

Each stop includes a stage show with musical performances, and the opportunity for attendees to drop off a non-perishable food or cash donation for local charities. Items like infant formula, canned meats, and spaghetti sauce are in particular demand for those who rely on food banks.

Since the Holiday Train program first launched in 1999, it has raised $7.4 million and 3 million pounds of food for local communities.