Home » News » Man Dead After Being Pulled from Red River

Man Dead After Being Pulled from Red River 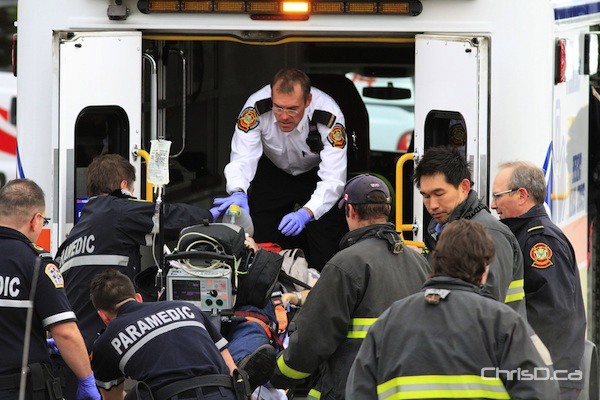 Firefighters and paramedics load a man into a waiting ambulance after he was pulled from the Red River on Tuesday, October 15, 2013. (HOWARD WONG / CHRISD.CA)

A man has died after being pulled from the Red River on Tuesday morning.

Winnipeg emergency crews responded to the riverbank near the Norwood Bridge and Queen Elizabeth Way at around 10 a.m. The Splash Dash water bus rescued the man before police and paramedics arrived on scene.

Details on how the man wound up in the river are not known. Police say foul play is not suspected.