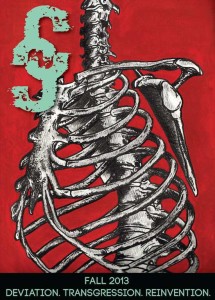 A local magazine trying to revive itself has turned to a crowd-funding campaign to reach its goal.

Collective Consciousness, a publication focusing on writing and art, is being spearheaded by the Writers’ Collective of Manitoba. The magazine’s backers are attempting to raise $10,989 for the first issue.

“Up to this point, everything has been done by volunteers — soliciting submissions, editing, design, layout,” said Hilary Friesen, board president of the Writers’ Collective. “Now we’re at the point where there are hard costs to continuing – printing, postage and so on.”

The magazine has seen the light of day previously, having originally launched in 2000 as a black-and-white quarterly. With the right funding, however, the magazine will take on a large format, full-colour publication to highlight the interplay between words and images.

“Crowd-funding fits our vision for the magazine, which highlights Manitoba creators while also seeking out emerging writers from around the world,” Friesen added. “With crowd-funding, we can engage our local supporters and reach out to a global audience.”

The crowd-funding campaign also serves as a pre-sale for Collective Consciousness. Donation perks include a VIP invitation to the publication’s launch ($10), the first issue ($25) and a year’s subscription ($85). Funders can also be part of the publication, with a quarter-page or full-page ad. The campaign runs until November 29.