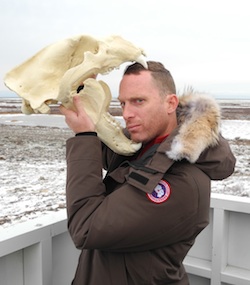 Manitoba’s tourism industry could get a boost after a Canadian travel writer releases his new book, which raves about the one-of-a-kind gems found in our province.

The Great Canadian Bucket List is the new literary work from Robin Esrock, a former travel columnist for the Globe and Mail, MSN and Outpost Magazine.

Esrock’s journeys take him to Churchill to visit polar bears, and to the Manitoba legislature for a mind-bending Hermetic Code tour, among other destinations.

“What are the destinations and activities one must experience in Canada before you die?” Esrock asks. “Manitoba screams out in the book that it’s a province worth exploring. I expected the province to be beautiful, but I didn’t expect it to be so rich in culture.”

The book will be released Monday, October 28 at McNally Robinson Booksellers (Grant Park) at 8 p.m.

Order the book now on Amazon