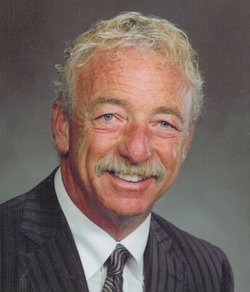 “This morning, Executive Policy Committee accepted the resignation of Phil Sheegl,” Mayor Sam Katz said in a statement on Thursday. “I would like to thank him for his years of service to the municipality, and wish him well in his future endeavors.”

Sheegl’s resignation comes just days before an audit into the city’s controversial fire hall land swap deal is to be released. A special meeting with council’s executive policy committee is to convene on October 21.

The report looks into land on Taylor Avenue being swapped for two surplus fire stations, including a piece of land on Mulvey Avenue. Then-fire chief Reid Douglas, who was involved in the dealings along with Shindico, was fired in September.

Sheegl had been CAO since 2011 and was previously the city’s director of planning, property and development from 2008.

COO Deepak Joshi will assume the CAO role in the meantime.