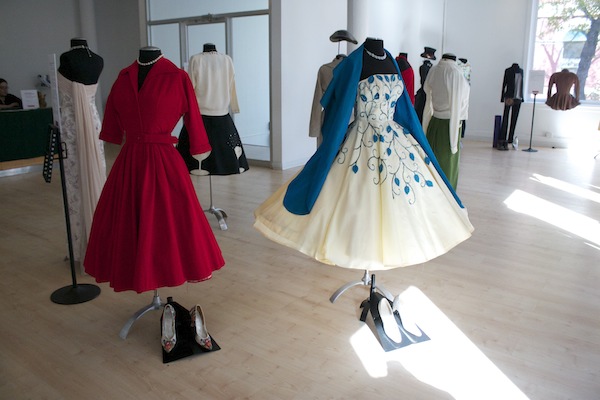 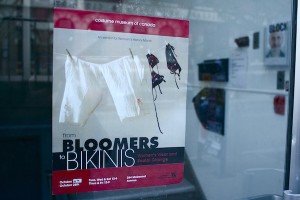 ‘Bloomers to Bikinis: Women’s Wear and Social Change’ is on until October 26 (EDEN RAMSAY PHOTO)

Women have come a long way since the early 20th century.

October is Women’s History Month in Canada. To celebrate the occasion, the Costume Museum of Canada invites everyone to attend their new exhibit, “Bloomers to Bikinis: Women’s Wear and Social Change” at 264 McDermot Avenue. The display shows how women’s fashion has changed from 1929 to the 2000s.

The exhibit groups outfits together by time period. A description shows the status of women and fashion in society at the time and is a nice way to give some depth and context to the gallery.

The exhibit starts in 1929 to mark when women were finally recognized as people in law by the Supreme Court of Canada and could be appointed to the Senate. Fashion during this decade reflected this new found freedom. Hemlines rose to mid-calf, the waist disappeared and shoulders were broadened. Fashion was greatly influenced by men’s work wear, but was feminized by fabrics such as silk and chiffon. From 1926-1929 the flapper look was in with hems that rose above the knee and bobbed hair. 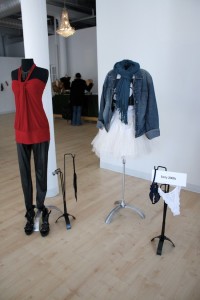 From 1929-1944 the Great Depression and World War II affected the role of women. In contrast to the lack of curves in 1920s fashion, the 1930s brought back feminine contours, longer hemlines, and waistlines with a more relaxed fit. Clothing had to be reused during times of economic hardship.

During World War II women were called to serve in the workforce while maintaining the role of housewife and parent. Women’s clothing was military inspired with attention to detail focused on pockets, darts, covered buttons, and belts. Silhouettes were narrow, hemlines shorter, designs simple, and solid colours were used.

After World War II women returned to their traditional homemaker roles. In the 1950s the economy became consumer-driven and fashion was propelled by the desire to buy the latest trends. The look was very feminine with pencil skirts, gloves, cocktail dresses, lengthened hemlines, and house dresses being the look for women at the time. To achieve the ideal feminine body shape women had to rely on girdles, bullet/cone bras, and waist cinchers to achieve this look. 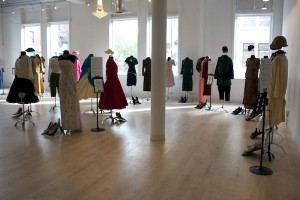 In the 1970s pant and trouser suits were in style and it was very common for young women to wear denim jeans.

During the 1980s power dressing was popular as the number of women in the workforce had dramatically increased. Padded shoulders, narrow waists, vibrant colours, and chunky jewellery were all aspects to this look. Music, movies, television, and magazines influenced style trends. Headbands, miniskirts, leggings, and glitter were popular and brand names became more important.

In the 1990s and 2000s fashion looked back to the past for inspiration and influences from the 40s, 50s, 60, and 80s were seen. Hip Hop and skateboarding culture also played an important role in influencing fashion during this time. Brand names such as Burberry, Gucci, and Guess became status symbols and brand knockoffs started popping up. Music, movies, and literature influences various fashion subcultures that became popular at this time such as steampunk.

In the early decades of the 21st century, an “anything goes” attitude has been adopted towards fashion.

“Bloomers to Bikinis: Women’s Wear and Social Change” was a fun exhibit to see how fashion reflects the state of society and women’s rights. Go check out the gallery and see how time flies from now until Saturday, October 26.